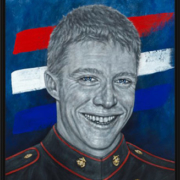 Dan was killed in action July 29, 2012, while conducting combat operations in Badghis Province, Afghanistan. He was serving on his third tour in Afghanistan and had previously completed three tours in Iraq.

He is survived by his wife Rachel, his parents Karl and Ruth Price, his brother Nathan and sister Rebecca.